First, the good news: In 2013, Oregon outperformed the nation in job growth.

Add to that, the good-but-don’t-too-excited news: U.S. employment is now back to where it was before the recession. 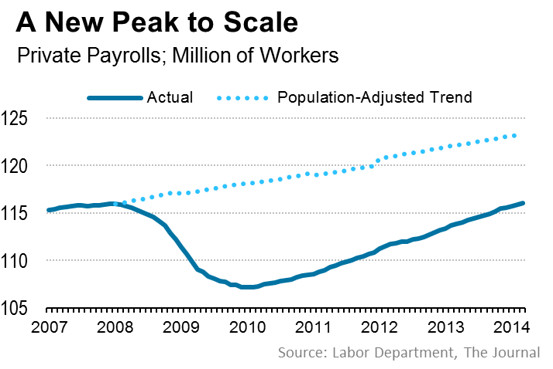 And finally, the news that makes the first piece of good news look pretty weak:  Despite last year’s growth, it’ll likely be nine months to a year before Oregon is back to the job levels seen in early 2008.